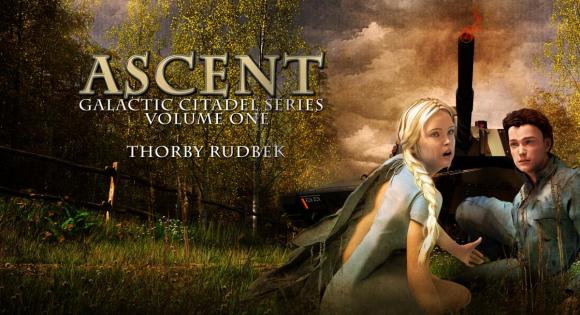 When Richard arrives in the coastal town of Redcliff, Maine, barely recovered from his months-long coma and still mourning the death of his family, he meets a pale enigmatic girl who assures him that her name is Karen and that he has been sent to help her. Soon he finds himself inciting arson, being introduced to but never actually meeting Karen's tutor, planning a heist, performing multiple carjackings, running a police roadblock, directing laser strikes against vehicles, artillery units, tanks, fighter jets and finally boring a hole deep in a Quebec forest.

Meanwhile, government investigators are alarmed by a report of damage done to a nuclear-powered submarine as it observed the tail-end of an apparent extra-terrestrial abduction from a private luxury cruiser. When this hush-hush division of the FBI hears about a jet fighter brought down near a strange monument or building on the coast of Maine, conclusions are tentatively drawn, some correct, some erroneous, and Karen's home and status both come under scrutiny.

Do angels work among us? Click here to find out!

Click here for vital and very good news about radioactivity

Click here for my Tender-Crisp philosophy – Getting things ‘just right’, not over-done”.