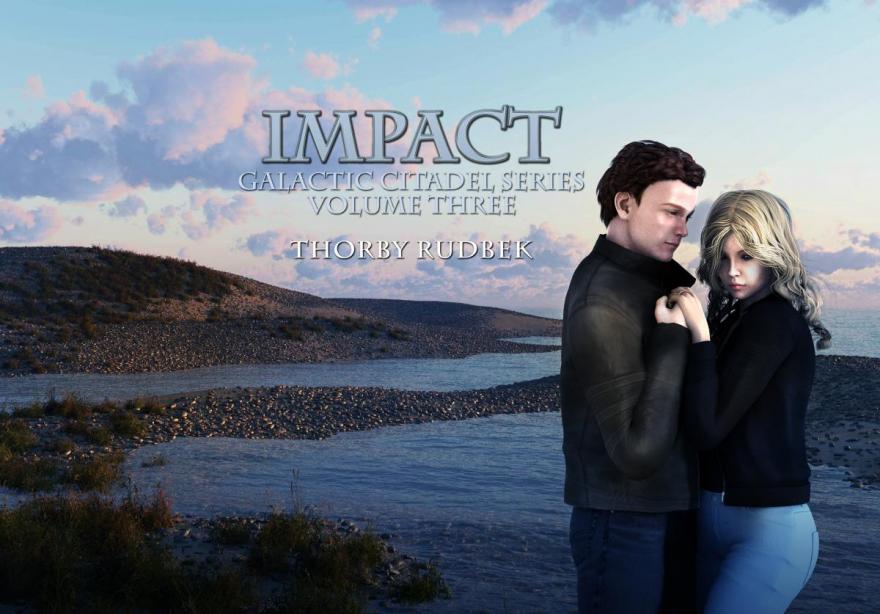 Richard and Karen (now Kirrina) return to Earth covertly.... and Paranak comes with them!

They renew old friendships, finding bonds stronger than life, and direct the use of the power of the Medic, exposing a conundrum regarding the morality of curing without restoration.

Federal financial support – both American and Canadian – is being used by the rescued physicist and his best friend to prepare a prototype ship for the defence of the planet, but reproducing alien technology proves very difficult.

Initially undetected, Richard, Kirrina and Paranak set up a secret factory or space-dock and seek construction crew members, pilots and crew to man them.

The aliens return – this time with a fleet of vessels – to the far side of the Moon and prepare their secret weapon for the attack against Earth. Unfortunately, their presence is not discovered until they strike.

Do angels work among us? Click here to find out!

Click here for vital and very good news about radioactivity

Click here for my Tender-Crisp philosophy – Getting things ‘just right’, not over-done”.